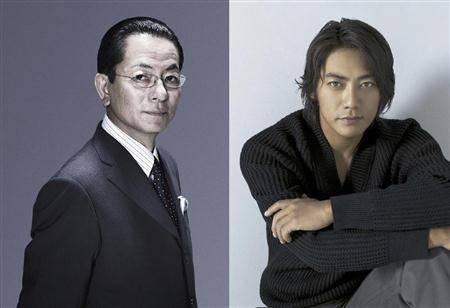 TV Asahi's popular drama series "Aibou" will start their 14th season, and recently, it was announced that the next partner of the protagonist played by Mizutani Yutaka would be Sorimachi Takashi.

"Aibou" is a detective drama that began in 2000, centering around a genius inspector named 'Sugishita Ukyo' (Mizutani), who belongs to the "special mission task force" of the Metropolitan Police Department. He solves some difficult cases together with his partner.

Sorimachi will be his 4th partner as the role was previously played by Terawaki Yasufumi, Oikawa Mitsuhiro, and Narimiya Hiroki. This marks the first time for the two actors to co-star with each other, but Mizutani commented that Sorimachi was one of the actors who he wished to work with someday.

"Aibou season 14" premieres starting in October (every Wednesday at 9:00 pm).