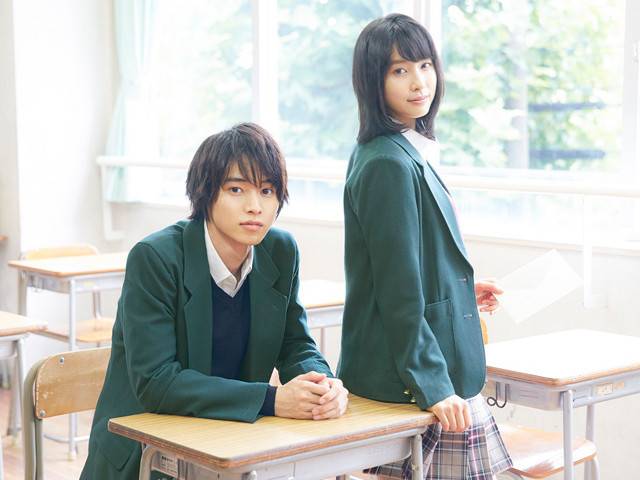 Back in April, we reported that Takano Ichigo's popular manga "orange" will be getting a live-action film adaptation.
The cast remained unknown until now. However, it was recently announced that actress Tsuchiya Tao has been chosen to play the protagonist "Takamiya Naho", and Yamazaki Kento will co-star with her as "Naruse Kakeru" who carries a mental anguish due to his mother's suicide.

The two are currently working together in Tsuchiya's starring NHK morning drama "Mare."

The story of "orange" starts when a 16-year-old high school girl Naho (Tsuchiya) receives a letter from herself 10 years in the future. The letter tells her that she will fall in love with a transfer student named "Naruse Kakeru" (Yamazaki), and "Kakeru" will pass away a year later. Knowing that, Naho tries to change the future.

Along with Tsuchiya and Yamazaki, other cast to play as the protagonists' classmates have also been revealed which include Ryusei Ryo (as "Suwa Hiroto"), Yamazaki Hirona (as "Chino Takako"), Sakurada Dori (as "Hagita Saku"), and Shimizu Kurumi (as "Murasaka Azusa").

The movie is directed by Hashimoto Mitsujiro ("Suzuki Sensei"), and the script will be written by Kaneko Arisa ("Densha Otoko", "Helter Skelter"), while Otomo Yoshihide will be in charge of its music.

"orange" is slated for release on December 12.