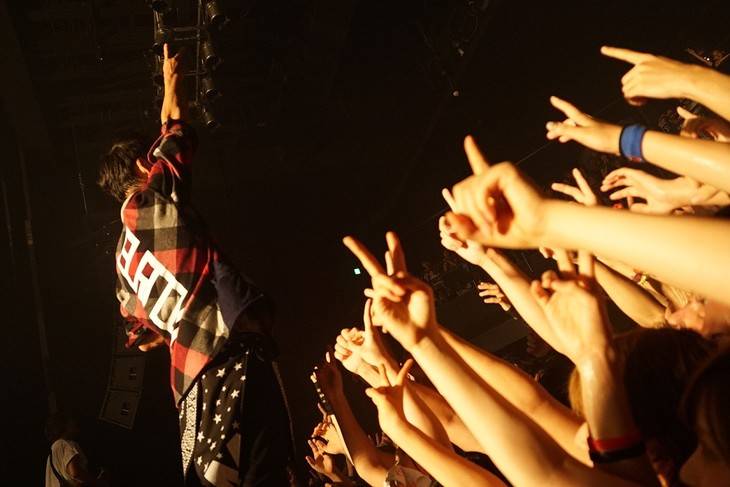 UVERworld have announced that they will release a new single titled "I LOVE THE WORLD" on August 26.

This announcement was made on July 21 by TAKUYA? (Vo) during the first day of their nationwide tour "UVERworld LIVE TOUR 2015" at TSUTAYA O-EAST. On this day, UVERworld held a "Battle of the Bands" type concert with AIEMU, who they have been friends with since their indie days.

During a MC segment, TAKUYA? expressed, "This is awesome. Our lives have to be like this in order for us to have fun. I am very happy. We are able to have a live with AIEMU who we have been working with since 13 years ago. Thirteen years ago, there were only about 10 people watching us, but there are so many people gathered here today." Towards the end of the live, he announced, "I don't think I'm allowed to say this, but we will release a single next month."

"I LOVE THE WORLD" comes about 3 months since their single "Boku no Kotoba Dewa Nai Kore wa Bokutachi no Kotoba" was released in May. More details will be revealed at a later date.