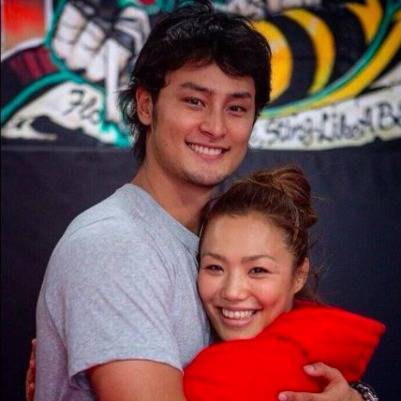 On July 30, major league baseball player Yu Darvish (28) announced through his Twitter that his girlfriend, former world wrestling champion Yamamoto Seiko (34), has given birth to their child, a baby boy.

Darvish reported, "Our healthy baby boy was born on the 29th during the afternoon in America. Both mother and baby are in healthy condition." He also called out to his fans, "Please support us as we will do our best by putting our power together as a family."

Last November, Darvish revealed that he was in a steady relationship with Yamamoto. He then announced her pregnancy earlier in February through his official blog.