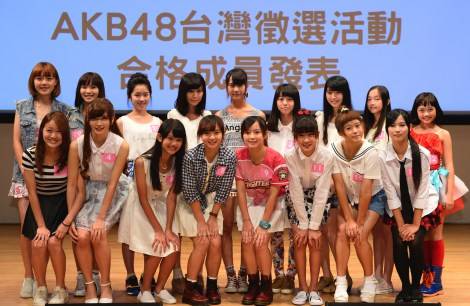 On August 6, the final selection for "AKB48 Taiwan Audition" to choose AKB48's first foreign members was held in Taipei, Taiwan, and it was announced that 17 girls have passed the audition.

As a lot more girls passed than was originally planned, there will be another "final judgement" after the 17 candidates take lessons for a certain period of time.
Those who pass the "final judgement" will join AKB48 as its members and will start their activities in Japan, which will possibly be around the end of the year.

Regarding the reason why there will be another "final judgement," the group's producer Akimoto Yasushi commented, "The carefree smiles each candidate showed us during their self appeal time were amazing, and it made the audition itself wonderful, which gave me a great impression of Taiwan. That made us choose more successful candidates than we expected." 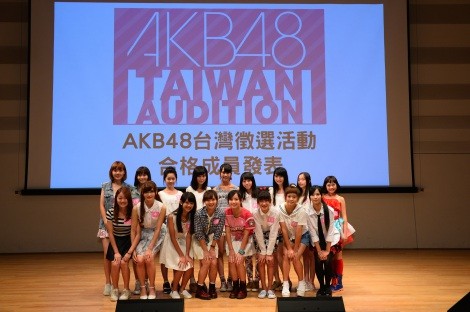 Reportedly, there were 2,152 applicants for the "AKB48 Taiwan Audition", and for the candidates who passed the first  (paper screening) and second (interview) screenings, some training for singing, dancing, and speaking Japanese were held in July. Seventeen girls among 42 candidates passed this time's final selection.