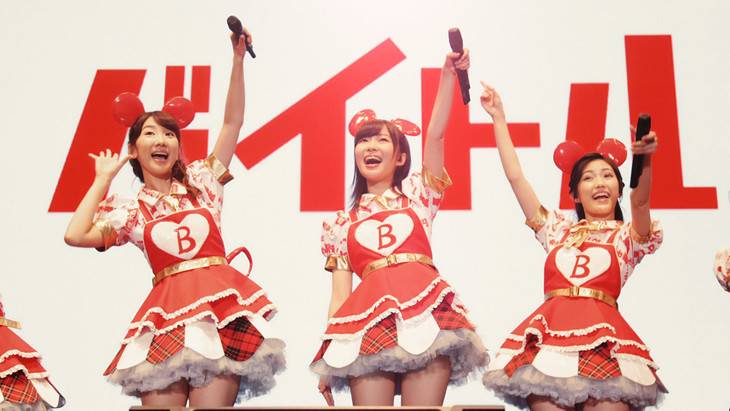 AKB48's new song "Koi no Baitoru" has been picked up as the new CM song for 'Baitoru' which will air nationwide beginning September 1.

"Koi no Baitoru" was written by Akimoto Yasushi and composed by Fujino Takafumi. The CM shoot took place during their live "Baitoru×AKB48 Special Live" on August 10 at Makuhari Messe. It stars AKB48 members such as Sashihara Rino, Watanabe Mayu, and Kashiwagi Yuki, and the crowd of 8,100 people that filled the venue.

Check out the CM and making footage below.