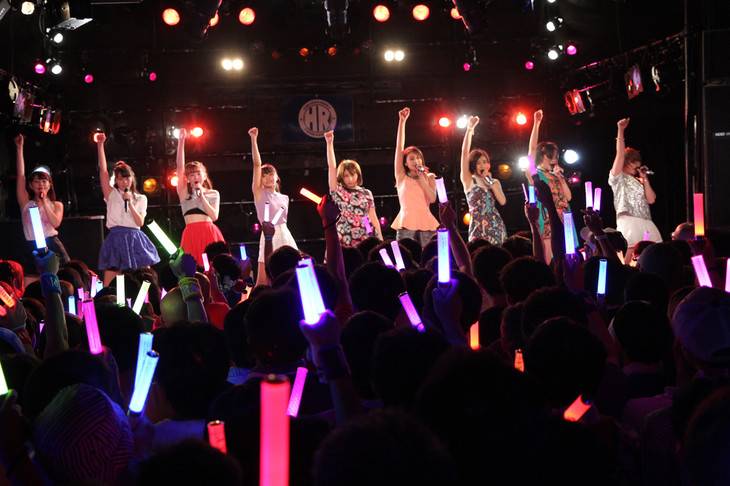 It's been revealed that ANGERME will release a new single (currently untitled) on November 4.

This will be member Fukuda Kanon's last single as she will be graduating from ANGERME on November 29 after their Nippon Budokan concert. The group made the new single announcement on August 27 during the 4th stop of their tour "ANGERME Live Tour 2015 SUMMER/AUTUMN ?FIGHTING NINE?" at HEAVEN'S ROCK Saitama Shintoshin VJ-3.

On stage, Fukuda said, "When I think about how the days of releasing CDs were the norm will be ending soon, I feel a little lonely even though I said I will have no regrets graduating. I will do my best to leave some kind of evidence that I was a member of the group in order to create a single that will make everyone glad that Fukuda Kanon was a part of ANGERME."

The single's title and other details will be revealed at a later date.