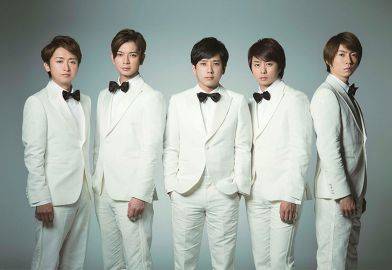 Arashi will release their new album "Japonism" on October 21.

The album will feature the group's singles, such as "Sakura" and "Aozora no Shita, Kimi no Tonari", as well as the member's solo songs. It will be available for purchase in three different types: Limited Edition, Regular Edition, and Yoikoto Edition. The Limited Edition will come with a DVD containing the PV and making footage for a new number. Meanwhile, the Regular Edition will include four bonus tracks. Finally, the Yoikoto Edition will come with a cover of Shounentai's "Nihon Yoitoko Maka Fushigi" and members' talk tracks.

Arashi is preparing for the release of their new single "Ai wo Sakebe" on September 2. The single will be released in both limited and regular editions.