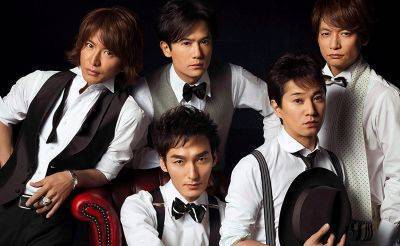 The details on SMAP's 55th single, which will be released on September 9th, has been revealed.

The single will be a double A-side titled "Otherside / Ai ga Tomaru Made wa". "Otherside" was written by LEO Imai and composed by MIYAVI.  It will be used as the new theme song for the group's program "SMAP×SMAP" on Fuji TV. A collaboration live of SMAP and MIYAVI will broadcast on the August 17th episode of "SMAP×SMAP".

Meanwhile, "Ai ga Tomaru Made wa" was both written and composed by Kawatani Enon (Gesu no Kiwami Otome., indigo la End). While Kawatani has previously provided two songs "Amanojack" and "Sukiyo" for SMAP's album "Mr.S", this will be her first time being in charge of their single.