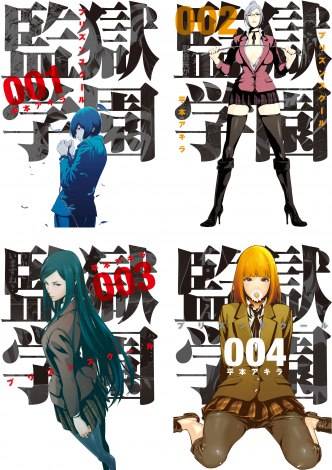 Hiramoto Akira's ongoing manga "Prison School", which is currently airing its anime adaptation, will be getting a live-action adaptation as well. The drama will be directed by Iguchi Noboru ("Robo Geisha", "Denjin Zaborgar", "Nuigurumaa Z").

"Prison School" is an award-winning comedy manga that began its serialization in February 2011 in Young Magazine (Kodansha).

It's a school comedy that is set in "Hachimitsu Academy", a strict boarding school that was previously all-girls school. It revolves around 5 male students among over 1,000 female students at the school, who are imprisoned at the school's punishment house after they peeped into the girls' bathroom. The protagonist Fujino Kiyoshi and his four friends try to escape from the prison in various ways.

The cast members have not yet been revealed at this moment.