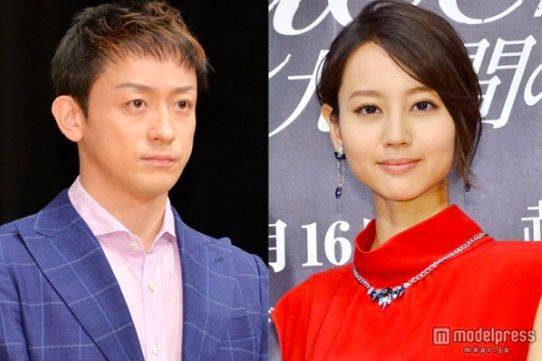 On August 22nd, actress Horikita Maki (26) and actor Yamamoto Koji (38) announced that they have gotten married.

Horikita is not pregnant at this time, and she plans on continuing her work as before. They already started living together this month.

Below is a translated message from the actress:

"It's a personal matter, but I, Horikita Maki, registered my marriage with Yamamoto Koji-san on August 22nd.

Please forgive me for making this sudden announcement in writing.

I met Yamamoto-san through work about 6 years ago, but it wasn't until we co-starred in the stage play 'Arashigaoka' that I learned about his personality and became attracted to him. As we began thinking about spending our lives together, our relationship developed into marriage.

We are still inexperienced and immature, but we ask for your continued guidance and encouragement."