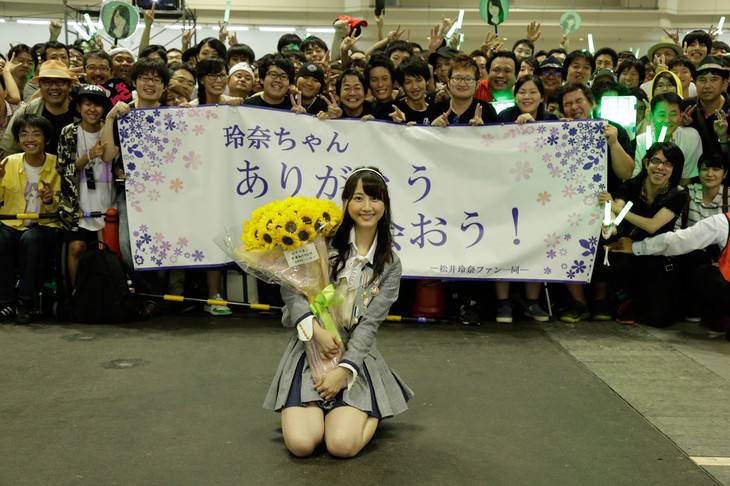 Rena will hold her graduation concerts on August 29 and 30 at Toyota Stadium (Aichi), then officially graduate from the group after SKE48's performance on August 31 at SKE48 Theater. After shaking about 2,000 fans' hands, a "Rena-chan" call resounded the venue. To her fans, she said, "I shook many people's hands and have received a lot of power from everybody. I hope to use that energy to repay everybody back with fun memories during the concerts on the 29th and 30th at Toyota Stadium, as well as my last concert."

She continued, "I am currently working hard to make the concerts at Toyota Stadium a fun one for all of the members. I really want to show everyone and share these fun times. So I hope that you will look forward to the 29th and 30th. Everyone, thank you for today."