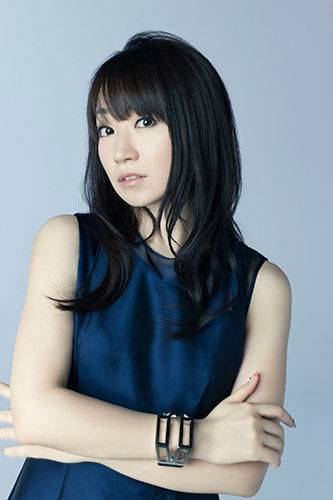 This announcement was made on August 15th and 16th during the Nippon Gaishi Hall concerts of her nationwide tour 'NANA MIZUKI LIVE ADVENTURE 2015'. There will be a total of 15 songs on the album, including her already released songs "Kindan no Resistance", "Eden", "Angel Blossom", "Exterminate" and "Glorious Break".

In addition, Mizuki revealed that she will hold her "zachou kouen," called "Kokuritsu Yoyogi Kyougijyou Daiichi Taiikukan Zachou Kouen Mizuki Nana Ooini Utau 4," on January 24th of next year. In the past, Mizuki's good voice actor friends have participated in her "zachou kouen." We can expect a stellar line up for her upcoming "zachou kouen" as well. The first press editions of her upcoming album will include information on this upcoming performance.