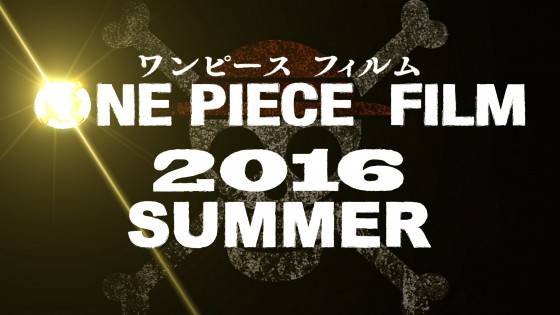 The 13th 'ONE PIECE FILM' will be released in summer of 2016. This was announced at the end of Fuji TV's special anime 'ONE PIECE Episode of Sabo ~3 Jyoudai no Kizuna Kiseki no Saikai to Uketsugareru Ishi~' which aired on August 22nd.

The last film in the installment, 'ONE PIECE FILM Z', was released back in December of 2012. It reached a box office revenue total of over 6.8 billion yen.

'ONE PIECE' is a comic written by Oda Eiichiro which has been serialized in 'Weekly Shounen Jump' since 1997. The manga has attained the Guinness World Record title for having the most copies published in a comic series by a single author. In October, it will be adapted into a kabuki play starring Ishikawa Ennosuke.