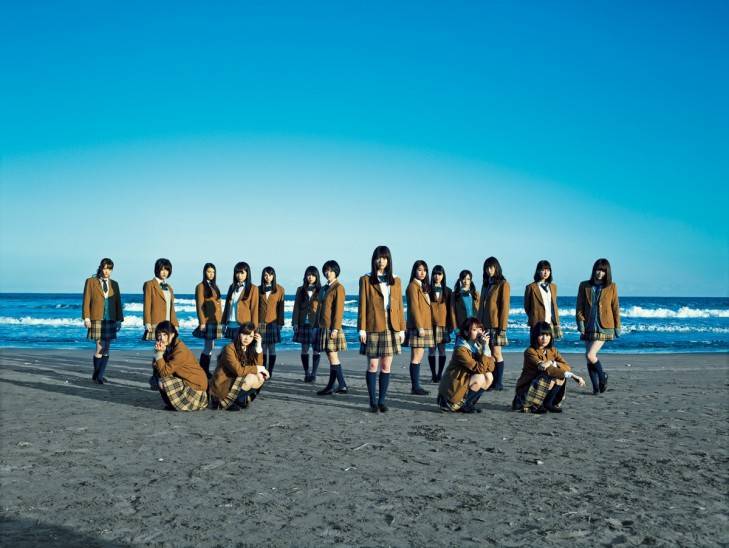 On the August 30th broadcast of TV Tokyo's "Nogizaka Koujichuu", the senbatsu members for Nogizaka46's 13th single (currently untitled) was announced. For this single, which will be released on October 28, Nishino Nanase and Shiraishi Mai will serve as the double center.

The senbatsu members will be comprised of four in the front row with six in the middle and back rows. Besides Nishino and Shiraishi, the front row will include Eto Misa and Fukugawa Mai. The middle row members are Saito Asuka, Takayama Kazumi, Hashimoto Nanami, Ikuta Erika, Akimoto Manatsu, and Hoshino Minami, while the back row will be made up of Sakurai Reika, Wakatsuki Yumi, Ikoma Rina, Matsumura Sayuri, Ito Marika, and Inoue Sayuri. The front and middle row members will be the "Juu Fukujin" members who will make media appearances for promotion.

This time, members who were always in the "Juu Fukujin", such as Sakurai and Ikoma, have been moved to the back row. On this, Ikoma made comments such as, "I am looking forward to seeing a different scenery," and "I hope it will make people think that moving [positions] is the interesting thing about Nogizaka46."

Nogizaka46 is currently in the middle of their tour "Manatsu no Zenkoku Tour 2015" which will wrap up on August 31st at Meiji Jingu Stadium.