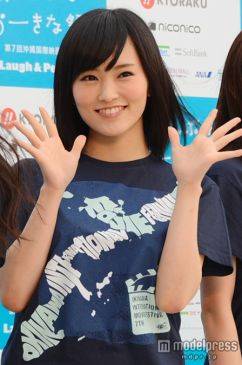 It's been reported that NMB48's Yamamoto Sayaka had surgery done on her vocal cords.

Yamamoto made a live telephone appearance on the August 26 broadcast of Nippon Broadcast's "AKB48 no All Night Nippon". She revealed, "I didn't say anything because I thought that it would cause people to worry, but I received vocal cord surgery the other day." She also shared her current condition, "I am currently receiving treatment in order to recover completely. I'm unable to speak loudly, nor sing for a long period of time, but I am trying to be active without exerting myself."

Yamamoto also made the announcement on Twitter, "I received a live telephone call the other day, and announced that I had received surgery on my vocal cords." She apologized to her fans, "I'm sorry to make everyone worry," and continued, "I will recover completely, get voice training, and grow."