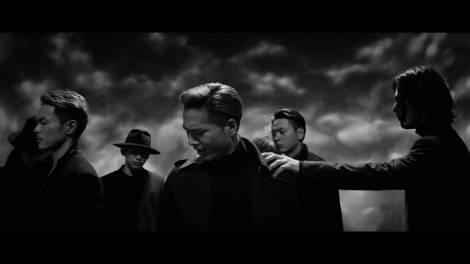 As we reported previously, "Unfair World" has been picked as Shinohara Ryoko's starring film "Unfair the end".

This is the group's first ballad single in almost a year since "C.O.S.M.O.S." (released in October of 2014), and the MV is directed by Kiriya Kazuaki.

It expresses "sadness and preciousness in the unfair world," and model Urahama Arisa and E-girls' Ishii Anna appear in it as women who carry sadness in their hearts, while Sandaime JSB members play the women's tutelary gods.

Unlike their previous releases, there is no dancing scene or CGI for the MV, which portrays the sadness caused by lies more realistically.

You can check out the MV above.