SEKAI NO OWARI are underwater in new artist photo 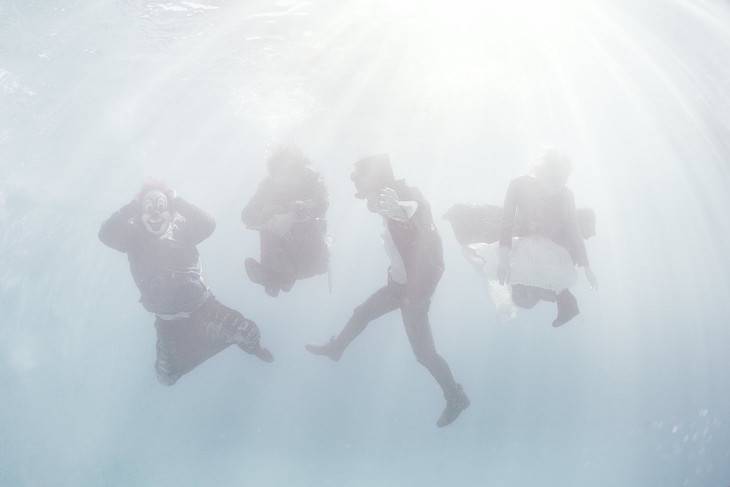 SEKAI NO OWARI have revealed a new artist photo as well as the jacket covers for their new single "SOS / Present", which will be released on September 25.

The title tracks of the double A-side single both have received tie-ups; "SOS" as the theme song for movie "Shingeki no Kyojin ATTACK ON TITAN End of the World" scheduled to open in theaters on September 19 and "Present" as the set piece for the junior high school division of the '82nd NHK Nationwide Contest of Music'.

In addition, it was revealed that the Limited Edition B DVD will contain footage for four songs "Snow Magic Fantasy", "Death Disco", "Honoo no Senshi", and "RPG" from their live concert 'TOKYO FANTASY' in October of last year.

You can check out the jacket covers and complete track list below.