Vanilla Beans to re-debut from Avex 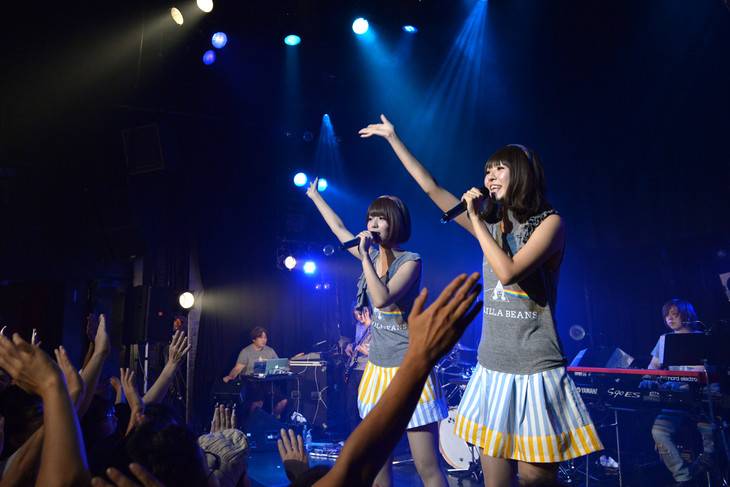 It's been revealed that Vanilla Beans will transfer to Avex and release a new single (currently untitled) this fall.

This announcement was made on August 29 during their one-man live at clubasia. As the crowd cheered with excitement, Risa said, "Wait, is it okay to announce this?" When she looked over to the stage wing, she saw the staff holding up their arms in a big "X". In tears, Rena then expressed, "I was really happy that we will be together with Joshiryu-chan [TOKYO GIRLS STYLE]! Since Vanilla Beans have received this chance, we should say it proudly. We can't let this chance escape! Getting our major debut again in our 8th year. Everyone has supported us, and we never gave up." More details on the upcoming single will be revealed at a later date.