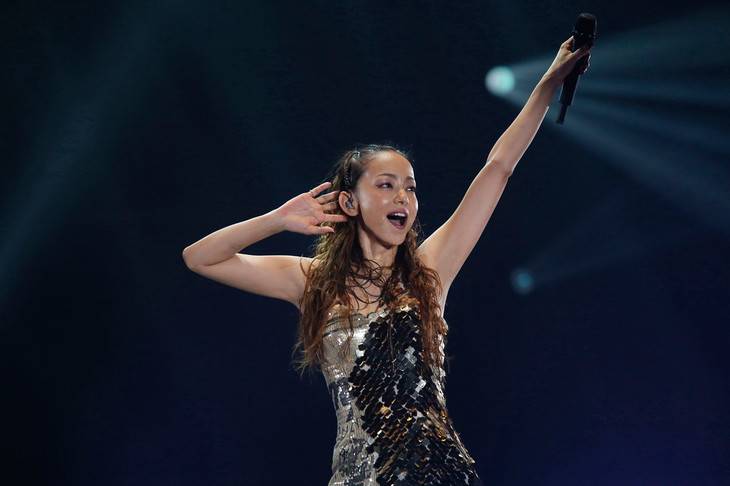 The tour, which coincides with the release of Amuro's latest album "_genic", will host a total of 44 concerts in 15 locations. The concert on September 5 opened up with a movie showing the word "_genic" transform into "LIVEGENIC". Then, Amuro appeared on the middle of the stage with 12 dancers.

Amuro performed "Photogenic" with footage displaying shutter and strobe lights. Then during "NAKED", she gave a delightful dance performance in line with 10 dancers. When it was time for "Golden Touch", Amuro's outfit, the stage, and even the lighting turned into a gold color.

There were only two MC segments during this live. The first was "Saitama Super Arena! Make some noise!" and the second came at the encore, "Thank you very much! Bye bye!" Amuro performed 29 songs in total during the 2-hour period.

Additionally, it was announced that Amuro will hold concerts in Taiwan and Hong Kong next March. She is scheduled to perform for about 30,000 people in 3 days. Furthermore, Amuro has launched an official Twitter account for her tour for a limited time. You can check it out by searching her username (@amuro_livegenic) or simply clicking here.