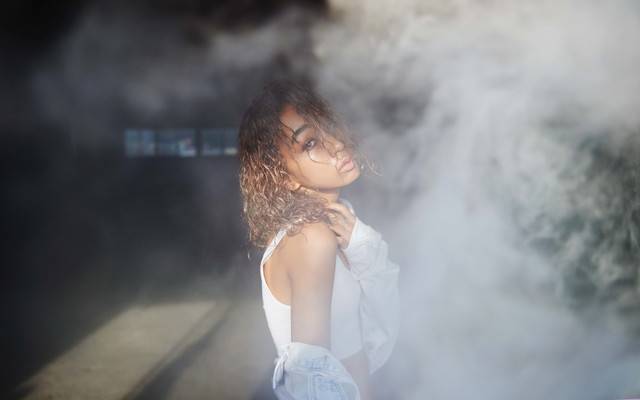 Aoyama Thelma has unleashed the short PV for her song "stay feat. Shimizu Shota" which will be included in her mini-album "GRAY SMOKE" to be released on September 16.

"stay feat. Shimizu Shota" is a ballad number with sex appeal oozing out of the lyrics and the singers' voices. Regarding the song, Aoyama stated, "Because I was collaborating with Shimizu Shota-san, I wanted to make it a song that would reverberate our voices. I think it's a song that unites everything, including our peculiar voices, and simple yet dramatic sounds."

Meanwhile, Shimizu said, "We created this song aiming for it to be the top ballad. Thelma-san is also good at singing the low keys, so I was able to produce this song no different from my own songs."

The concept of "GRAY SMOKE" is Thelma's image of "man". As such, she only collaborated with male artists. Besides Shimizu, she worked with ANARCHY, SWAY (DOBERMAN INFINITY), and Furuya Kenji (Dragon Ash).