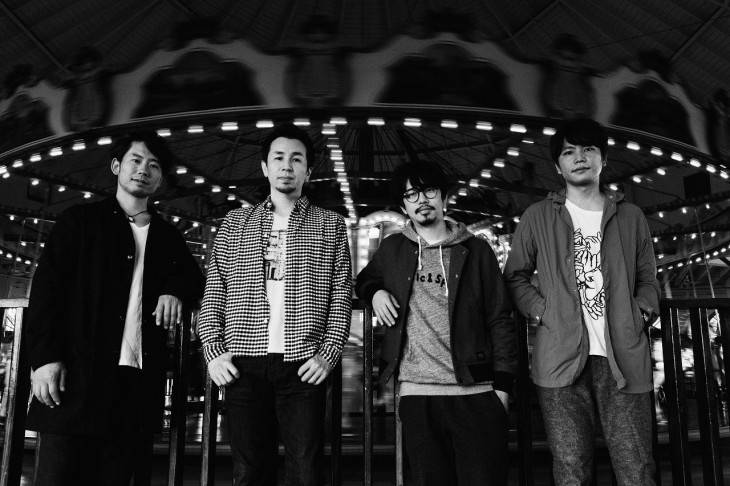 The film adaptation of NEWS member Kato Shigeaki's first novel 'Pink and Grey' is scheduled to open in theaters on January 9 of next year. It's been revealed that ASIAN KUNG-FU GENERATION will be providing the theme song for this movie.

Published in 2012, 'Pink and Grey' gained a lot of attention for its shocking content set in the entertainment world. It will be directed by Yukisada Isao, and the protagonist 'Shiraki Rengo' will be played by Hey! Say! JUMP's Nakajima Yuto. Shiraki's friend 'Kawada Daiki'  will be played by Suda Masaki, and Shiraki and Kawada's first love 'Sally' will be played by Kaho.

The theme song is currently being written by Goto Masafumi (Vo, G) after reading the novel and watching some of the movie's footage. He commented, "I was surprised at how the movie betrays the novel in a good way. I wrote this song while thinking about the audience who will return to their lives after watching the film. I am honored to participate in it."

The film will also be exhibited in the "A Window on Asian Cinema" category of the 20th Busan International Film Festival. Director Yukisada, Nakajima, and Suda will attend the opening ceremony on October 1 and the official screening the following day.