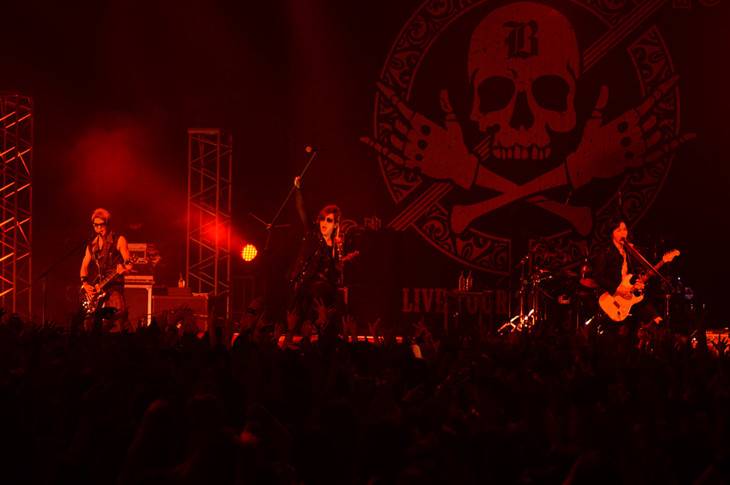 This marked the band's first tour in about two and a half years. It was held to coincide with the release of their latest album "0-ZERO-". On this day, the concert kicked off with the album's title track, and as usual, DAIGO (Vo) greeted the crowd in his "language," "TTA. Tokyo, tonikaku, abareyouze! (Tokyo, at any rate, let's get wild!)"

As you may know, DAIGO was the charity runner for this year's "24-Hour Television". After performing "RUN AND RUN", he reported to his fans, "I completed the 24-Hour marathon!"

During the live, the band enchanted the crowd with a variety of songs including "fate", which is the only ballad off of their new album and their jazz number "My Sweet Rose". Towards the end, they excited the audience with some songs they usually perform at their lives, such as "Shakunetsu" and "DESTROY CRASHER", then ended the night with "OUTRAGE".

At the encore, BREAKERZ performed their new song "YAIBA" for the very first time. This song will serve as the opening theme for TV Tokyo's anime "Cardfight!! Vanguard G". It's scheduled to be released in CD form sometime in December.

Finally, DAIGO called out to fans, "Will you accept our feelings?" and sang "WE ARE", which is the last number off of their album. BREAKERZ performed a total of 19 songs during the two-hour grand finale.

Source & Image(s): natalie
Thanks to Karen Pang for the tip!