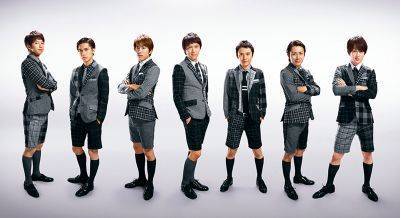 The details on Kanjani8's new album "Kanjani8 no Genki ga Deru CD!!" have been unveiled.

The album's release date has been set to November 11. Its track list will be comprised of a variety of songs including their five singles "Itta Janai ka", "CloveR", "Gamushara Koushinkyoku", "Tsuyoku Tsuyoku Tsuyoku", and "Maemuki Scream!", as well as brand new unit songs. Some artists who provided songs for the album are OKAMOTO'S, KANA-BOON, and Sambomaster.