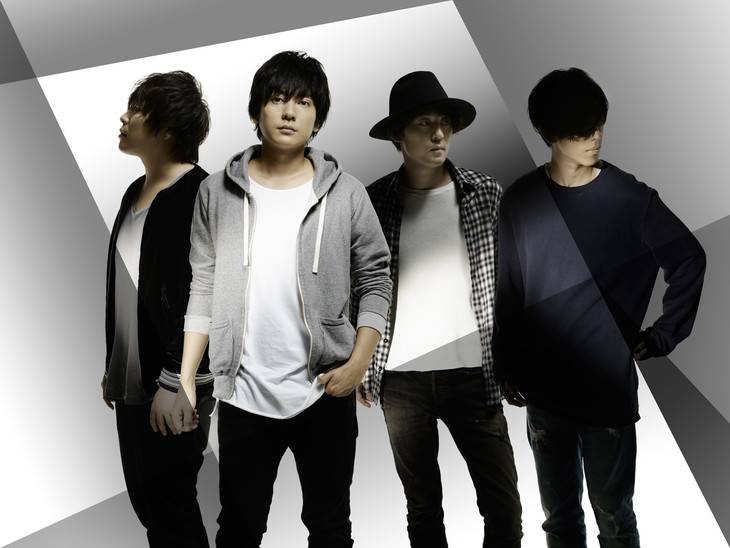 flumpool's new song "Yoru wa Nemureru kai?" will be used as the theme song for the anime film "Ajin Part 1: Shoudou" that's scheduled to open in theaters on November 27.

"Ajin" is based on a survival suspense manga by Sakurai Gamon, and it will be released in three parts. The members of flumpool have always been fans of the original manga series. Yamamura Ryuta (Vo, G) revealed the difficult songwriting process, "It was a series of trial-and-error in front of a wall that had no answers."

You can see the trailer for the movie, which features a clip of "Yoru wa Nemureru kai?" below. This song will also be used as the theme song for its TV anime series scheduled to premiere next January.

Additionally, flumpool has announced that they will hold a countdown live on December 30 and 31 at Yokohama Arena. They will also release their outdoors live they held in August on DVD and Blu-ray on November 18. Besides live footage and a documentary, those who pre-order the DVD and Blu-ray will receive a "FOR ROOTS" key chain.

Finally, flumpool's new song "Kimi ga Waraeba ~Just like happiness~" has been picked up as the CM song for Bourbon's 'Al Fort Mini Chocolate'. The CM begins airing on September 15.