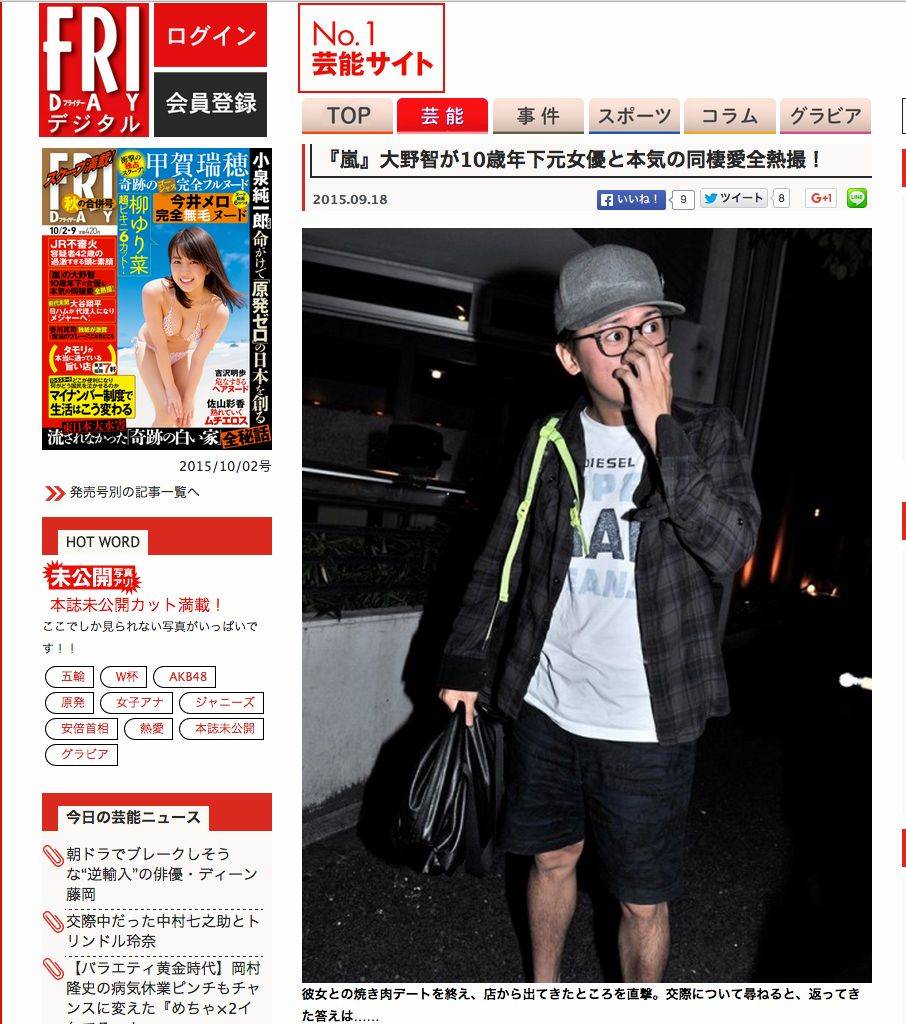 On the latest issue of 'FRIDAY', it was reported that Arashi member Ohno Satoshi is in a relationship.

The tabloid magazine caught Ohno coming out from a hot stone spa in Tokyo on Friday night in early September, and he was with a beautiful lady who stands about 170 cm.

After enjoyed the spa for an hour and a half, the two got in a taxi, and went directly back to Ohno's apartment building apparently.

According to the magazine, the lady is a 24-year-old former actress, whom FRIDAY is referring to as 'A', who has appeared in Fuji TV drama "Life" and movie "Real Onigokko 5."

It's said that Ohno and 'A' met at a bar in Nishi-Azabu where 'A' was working part-time, and they have been in a relationship since a year ago.

"I hear that they started living together right after they began dating. 'A' is currently inactive as an actress, and doing housework to support Ohno's busy schedule," an acquaintance told the magazine.

Couple of days after the spa date, FRIDAY once again caught the two visiting a fancy Yakiniku restaurant in Shirokane as well.

FRIDAY's latest issue contains two-shot photos of Ohno and the 'A', as well as their conversation with Ohno regarding this.

Source: FRIDAY via Yahoo! Japan news
Image: FRIDAY Digital
Thanks to Ali for the tip!