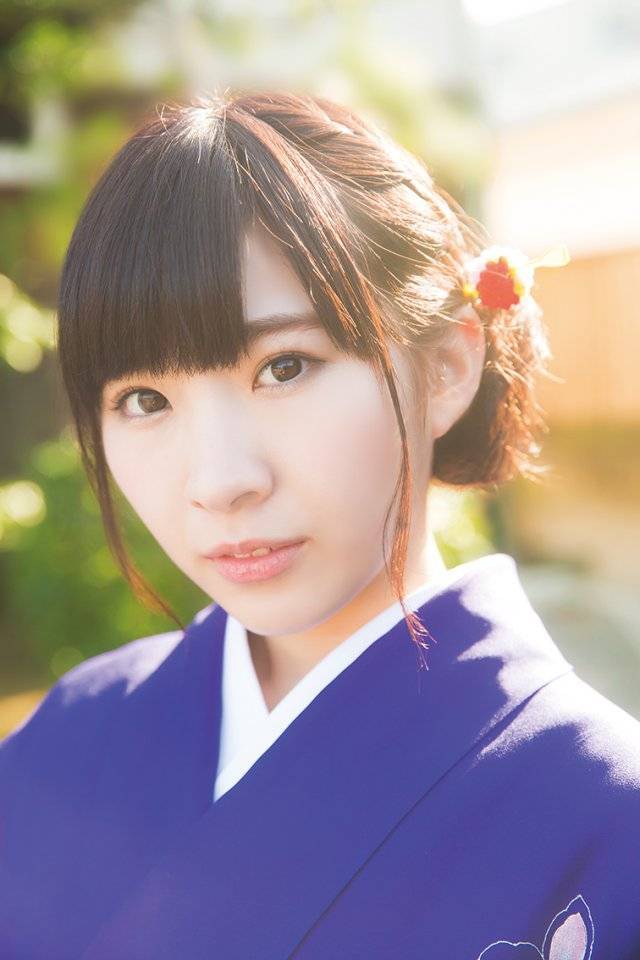 Iwasa has always dreamed of holding a solo concert. Her first solo live will be held on her 21st birthday at Asakusa Kokaido, which is known to be the first step to a successful career for enka singers. "It was my dream, so I'm very happy. Akimoto-sensei has been talking to me about holding a solo concert since about a year ago, so I'm very happy to hear this announcement today. I'm also happy to hear that it will be held on my birthday," she expressed.

While Iwasa excitedly stated, "I believe January 30, 2016 will be a day I will never forget!" she also showed some concerns, "I am worried that the seats won't be full."

Iwasa made her solo debut with the single "Mujineki" in December of 2012. Her third single "Tomonoura Bojou" (released in January of last year) topped Oricon's single weekly ranking. This was the first time an enka singer in their teens achieved this feat in 27 years and 7 months.