Kawashima Naomi passes away at age 54 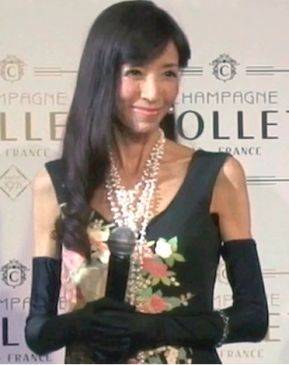 It's been reported that actress Kawashima Naomi (54) lost her battle with intrahepatic bile duct cancer on September 24 at 7:55 pm at a hospital in Tokyo.

The actress had received surgery in January of last year, and had recovered to a state where she could star in stage plays. However, since attending an event with her husband, pastry chef Yoroizuka Toshihiko earlier this month, her condition had worsened, forcing her to leave her role from a play she was currently starring in.

Yoroizuka reported his wife's death via his Facebook page. "Until about a week ago, she stood on stage, and until her very last moments, she lived her life to the fullest as an actress, a wife, and a human being. I would like to sincerely thank everyone who supported Naomi. Kawashima Naomi was Kawashima Naomi until she took her last breath. She was highly respectable," he said.

Kawashima made her debut in the show biz while a student at Aoyama Gakuin University. She was selected as the first DJ for Nippon Cultural Broadcasting's "Miss DJ Request Parade", and was active as a college student DJ. In 1982, she started making regular appearances in NTV's "Owarai Manga Dojo", attracting many fans. She became an established actress after starring in dramas such as "Iguana no Musume" (1996) and "Shitsurakuen" (1997). She was also known for her love for wine and dogs.

Our condolences go out to her family and loved ones at this time.