Kokubun Taichi holds a press conference for his marriage 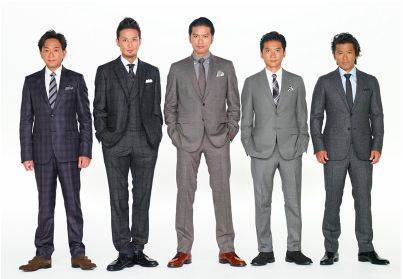 On September 15, TOKIO member Kokubun Taichi held a press conference for his marriage at TBS Studio in Akasaka.

The press conference was held after the broadcast of "Hakunetsu Live Vivid", a show hosted by Kokubun. During the press conference, he revealed that he received surgery back in 2009 for a desmoid tumor on the right side of his abdomen. At that time, his wife was devoted to taking care of him. Desmoid tumors are benign tumors, but they can adhere to and intertwine with surrounding organs when enlarged. The tumor was about the size of a fist, and he had to be hospitalized for about a month.

Kokubun shared, "At that time, she was working, but she came to visit me everyday. She did familiar things without complaint. It turned out to be a bigger surgery than I had thought, so I was emotionally down. But she pulled me out [of that state]."

Kokubun had originally planned on holding the press conference on September 11, the day he sent out the announcement to members of 'Johnny's Family Club'. However, it had to be postponed due to heavy rain and flooding.