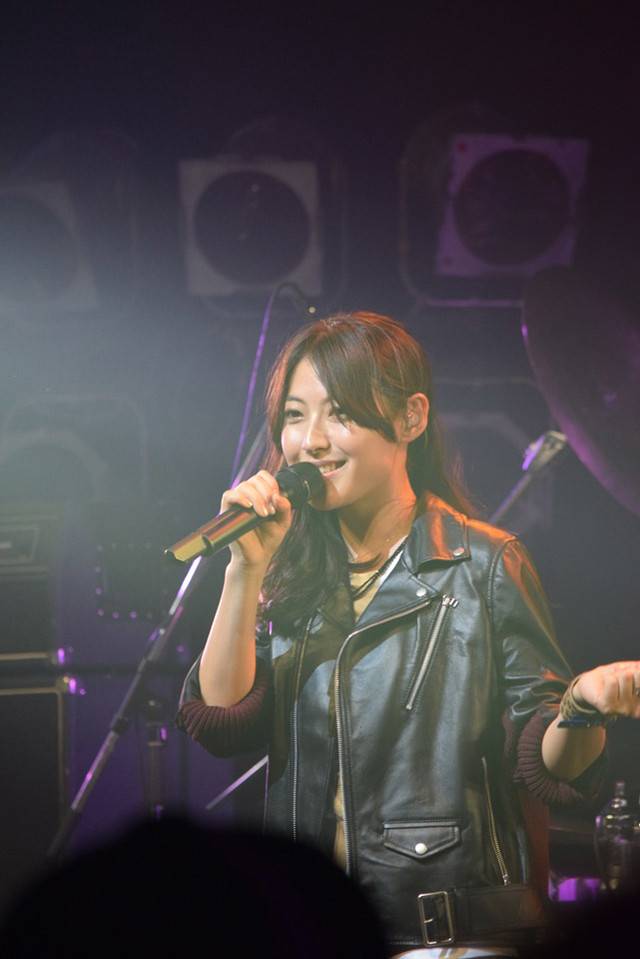 The band performed a total of 11 songs including their singles "Kimi no Motsu Sekai" and "KNOCKED-OUT BOY" as well as brand new songs like "DAWN" and "One More Love". At the event, YUKINO (Key) was presented with a surprise birthday cake as she will be celebrating her 21st birthday on September 26. Then during the encore, the members changed their instruments with each other and performed "KNOCKED-OUT BOY". MIORI (Vo), who played the drums, commented, "We would change parts for fun, but I never imagined that we would get to perform in front of everyone!"

Towards the end of the encore, LAGOON made a couple announcements to their fans. It was announced that their new single (currently untitled) will be released on November 18 and that they will hold release events nationwide from October to November. Finally, it was revealed that the band will be welcoming a new guitarist. The new member will debut on October 3 during their first release event at Aomori ELM.

THE RAMPAGE's RIKU, Kawamura Kazuma & Yoshino Hokuto appear on 'THE FIRST TAKE' for the first time
1 day ago   0   204