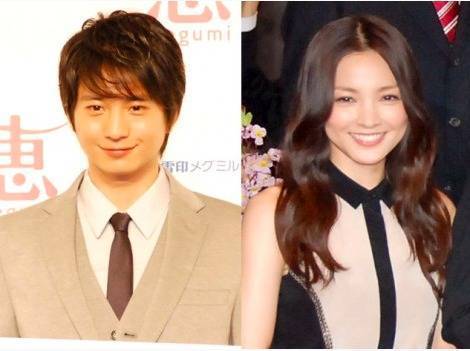 Actor Mukai Osamu (33) and actress Kuninaka Ryoko (36) have welcomed the birth of their first child, a baby boy. Both agencies made the announcement on September 30.

Kuninaka announced, "The other day, I safely gave birth to a boy at a hospital in Tokyo." She continued to express, "I am full of happiness that this cute and new life, who has moved us very deeply, has become a member of our family." She also called out to her fans, "I have gained a big responsibility of being a mother. I will do my best with renewed feelings, so please continue to support me."

Meanwhile, Mukai stated, "The other day, a healthy baby boy was born between us. Both mother and baby are healthy. Right now, I am filled with grateful feelings toward my wife, child and the people who have supported us." He continued, "From now on, I intend on moving forward with renewed feelings and a determination more than before."

The couple just tied the knot last December. In April, they had announced that they were expecting their first child.