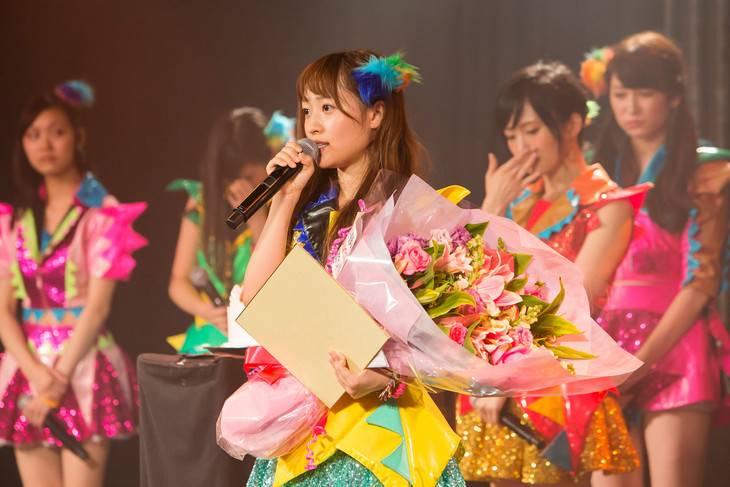 NMB48 member Kotani Riho has announced her graduation from the group.

Kotani made this announcement on September 13th during Team N's performance "Koko ni Datte Tenshi wa Iru" at NMB48 Theater. On her reason for graduating, she explained, "I made my decision to move onto a new stage to pursue my dreams." She commented, "After graduation, I want to challenge many different things, such as appearing on TV programs, and acting."

Kotani joined NMB48 as a first generation member on October 9, 2010. She has been a senbatsu member for all 13 of their singles. Her graduation date has not been determined yet.