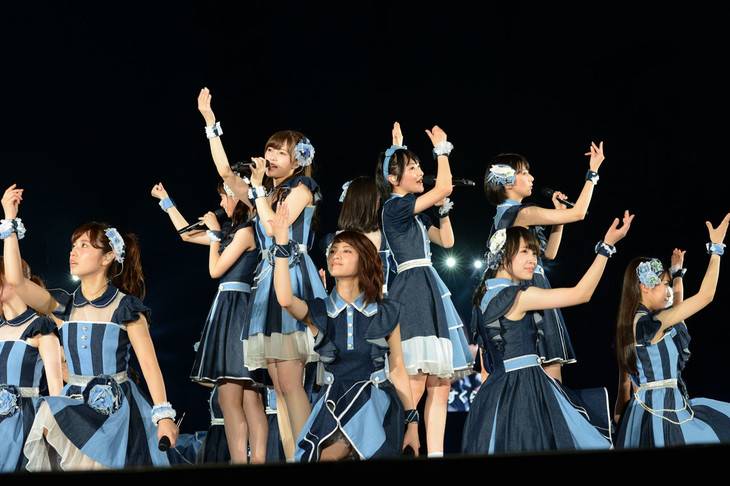 The title of Nogizaka46's new single to be released on October 28 has been revealed.

This was announced on August 31 during the finale of their nationwide tour Manatsu no Zenkoku Tour 2015" at Meiji Jingu Stadium. The single's title will be "Ima, Hanashitai Dareka ga Iru", and the title track will be used as the theme song for the anime film 'Kokoro ga Sakebitagatterunda.', which will make its premiere on September 19. During the concert, the group performed this song for the first time with Nishino Nanase and Shiraishi Mai as the double center.

It was also announced that the under members of Nogizaka46 will hold a solo concert on December 17 and 18 at Nippon Budokan. On this announcement, Nakamoto Himeka commented, "I am happy because this has been our goal since the under lives started." Furthermore, the under members will hold their performance "Nogizaka46 Under Live 4th Season" in October at AiiA 2.5 Theater Tokyo.