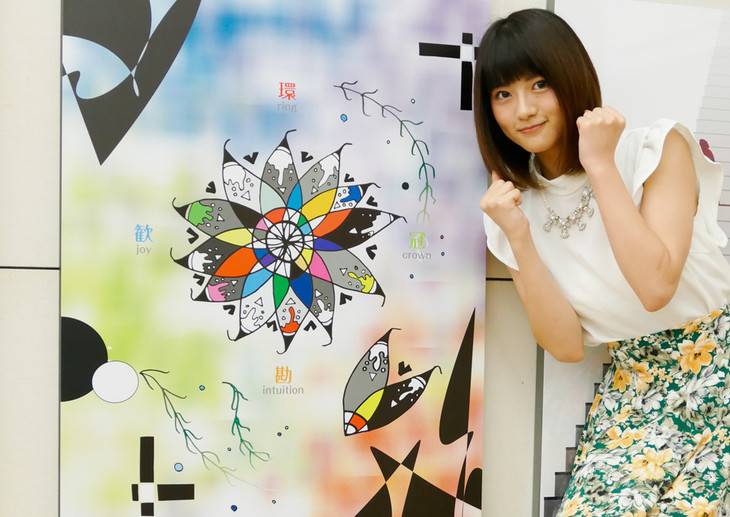 Nogizaka46's Wakatsuki Yumi has received an award in 'The 100th Nika Art Exhibition'.

Wakatsuki entered her design in the free theme A category. She designed an artwork with the theme "KAN" hoping that more and more smiles will fill the world.

Wakatsuki, who won at the 'Nika Art Exhibition' for four consecutive years, commented, "I'm happy. Next year I want to aim for the special prize." She also talked about how she was in charge of designing the goods for 'Nogizaka46 Cafe 2015 ~Inochi wa Utsukushii~' and the poster illustration for her first starring stage play 'Vampire Knight'.

On her future in design, she said, "I want to design many more things in order to get people interested and think, 'This was designed by Nogizaka46's Wakatsuki-san.' One day, I hope to design the logo for Nogizaka's CD jacket. I also want to collaborate with different artists."

'The 100th Nika Art Exhibition' will run until September 14 at The National Art Center in Tokyo.