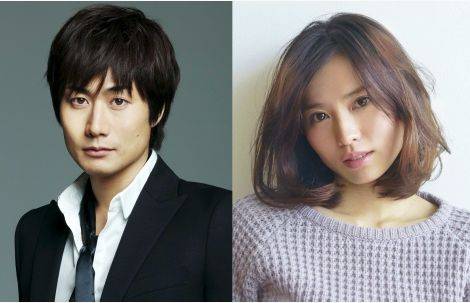 It's been reported that actor Totsugi Shigeyuki (41) and actress Ichikawa Yui (29) have gotten married.

The couple made the announcement through their respective agencies. According to the announcement, Totsugi and Ichikawa tied the knot on September 8 after a year and two months of dating. They are already living together.

Totsugi commented, "I want to build a happy family while supporting each other," and Ichikawa similarly stated, "While cherishing the happy things that occur everyday, I want to build a warm family."

The couple met on set of the NHK / BS Premium drama 'Owakon TV'. They were friends at first, but lessened the distance and started dating with marriage in mind. According to sources, Ichikawa is not pregnant at this time. They are planning on holding a wedding ceremony and reception with their close family and friends.