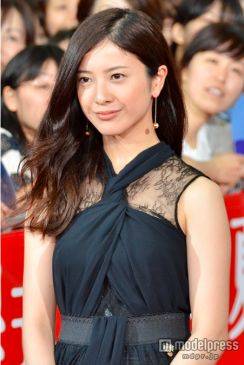 Actress Yoshitaka Yuriko, who is featured on the cover of magazine 'mini' (September 1 release), talked about the 10 months that she spent abroad.

During the 10-month period, Yoshitaka visited Los Angeles, Florida, New York, Las Vegas, Spain, Philippines, and South Korea. She revealed that she even attended a school in Cebu Island (Philippines). "I was immersed in English all day. I studied so hard that I wanted to play hooky," she reflected, "I've become an adult and finally felt like studying on my own."

Yoshitaka will be starring in her first stage play, titled "Daigyakusou", in October. Regarding this, she commented, "I am surrounded by many people who have a lot of experience with stage plays. I believe it's a great opportunity to do this for a month while learning from them. There is a lot of pressure being my first stage play, but I've received a position that I can learn a lot from. I would like to challenge my 'first' while having fun."