flumpool to release theme song for 'Ajin' in February 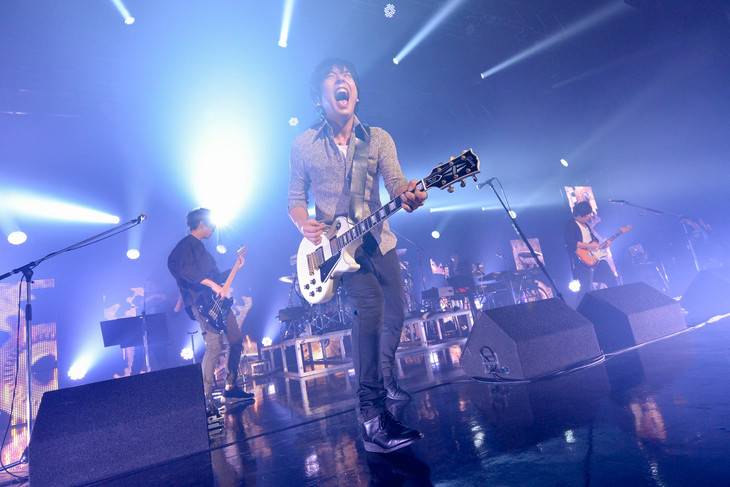 flumpool have announced that they will release their new single "Yoru wa Nemureru kai?" on February 3 of next year.

This announcement was made on October 22 during the first night of their tour "flumpool LIMITED TOUR 2015 R?LOOF PLAN ~Otona no Yaneura Keikaku~" at Zepp Nagoya.  The title track is the theme song for the anime film "Ajin Part 1: Shoudou" as well as the "Ajin" TV anime series. As the coupling track, it includes "Kimi ga Waraeba ~Just like happiness~", which is the CM song for Bourbon's "Alfort Mini Chocolate". In the Limited Edition DVD, you will find the Tokyo performance of their ongoing Zepp tour. Finally, there will be a wide cap sticker enclosed in the First Press Regular Edition.

In addition, the trailer for flumpool's new DVD / Blu-ray, that will drop in stores on November 18, has been uploaded onto their official YouTube channel. The trailer is about two and a half minutes long, and you can enjoy the band's concert from various angles.