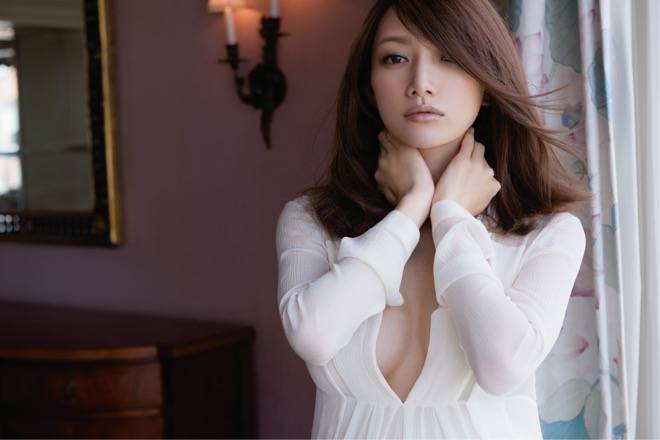 The singer married in 2014 and is expecting her first child at the end of the year. During the photo shoot, Goto was 8-months pregnant. The beautiful photos feature her dressed in brands such as Burberry Prorsum and Dries Van Noten. Besides the maternity photos, the magazine features an interview in which she talks about her newly-married life, her feelings on becoming a mother, and her plans for her postpartum lifestyle.