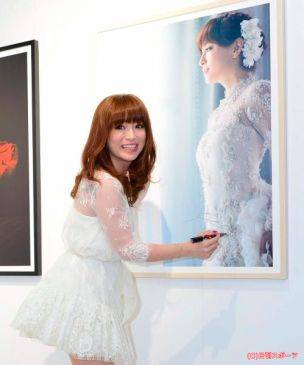 On October 26, her staff tweeted, "This account will be managed and operated by Hamasaki Ayumi's staff to transmit the latest information. We ask for your continued support." While they stated, "ayu herself may tweet sometimes," all tweets until now have been completely deleted.

Hamasaki had over one million followers as of October 26 at 6:00 pm.

Fans were enraged by the sudden announcement. They left replies such as, "I'm against this! It's unforgivable," "To people at avex, why did you delete all of the tweets? Did you delete Ayu's efforts of connecting with fans around the world over the past 5 years? We wanted you to leave them as is," "Eh... why so sudden?" and "Did you have to delete the tweets?"

What do you think about the staff's actions?

Source & Image: Nikkan Sports
Thanks to minlilin for the tip!