Johnny's WEST's 2nd album to be released in December 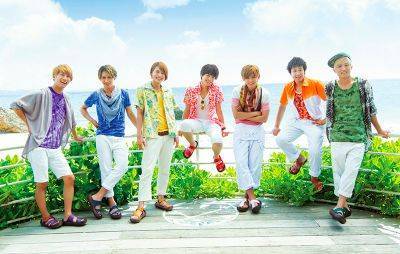 The group's second album will include a total of 11 tracks such as their singles "Zipangu Ookini Daisakusen", "Yume wo Dakishimete", "Zundoko Paradise", and "Bari Hapi" as well as brand new songs such as "Lucky Special" and "Gatten Anthem".

The album's limited edition will come with a DVD containing 40-minutes worth of footage including the PV and making-of video for "Lucky Special". As for the regular edition, it will come with four bonus tracks.

Shortly after the album's release, Johnny's WEST will embark on their nationwide tour. They are scheduled to hold a total of 20 shows at 7 locations.

JO1's will provide the opening of the anime ă€ŽGunjou no Fanfareă€Ź, and main vocalists Yonashiro Sho & Kono ď»żJunkiď»ż collaborate with Hiroyuki Sawano [nZk] for the ending
15 hours ago   0   76