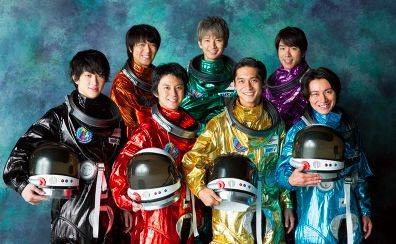 Kanjani8 will release their new single "Samurai Song" on December 2.

The title track is a ballad number that will be used as the theme song for TV Asahi's upcoming drama "Samurai Sensei" (October 23 premiere) starring member Nishikido Ryo. It was written, composed, and arranged by Rekishi also known as Ikeda Takafumi.

Additionally, the track list for Kanjani8's new album "Kanjani8 no Genki ga Deru CD!!", which is scheduled to hit stores on November 11, has been revealed. It will contain a total of 15 songs such as "Katte ni Shiagare" produced by Okamoto's, "Furimuku wake ni wa Ikanaize", written and composed by Yamaguchi Takashi (Sambomaster), and "Infinity" written by Shibutani Subaru.

The regular edition will include 4 unit songs such as Shibutani and Murakami's "Kawaita Hana" and KING feat. Kanjani8's "LOVE & KING". There will also be a campaign for those who purchase both the single and album. More details will be revealed via the group's official website.