Keyakizaka46 to hold their 1st event in November 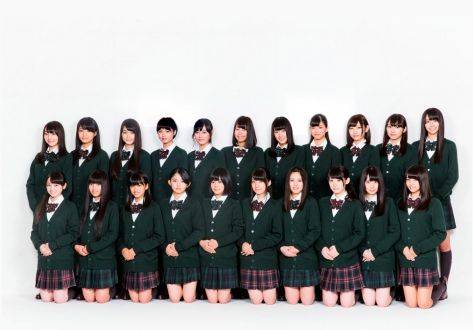 It's been revealed that Keyakizaka46 will hold their first event "Omitatekai" on November 14 and 15 at Zepp DiverCity, Tokyo.

Keyakizaka46 (originally Toriizaka46) formed exactly four years after Nogizaka46's formation on August 21, 2011. Out of 22,509 applicants, 21 members (1 member has withdrawn) were chosen, and they will formally begin their activities next month.

Even before their debut, Keyakizaka46 have received their own program "Keyaki tte, Kakenai?" (airs every Sundays on TV Tokyo). During the "Omitatekai", the members will meet their fans for the very first time. There will be two events on each day (noon / 4:30 pm).

Fans will be invited to the event free of charge after a lottery drawing. Applications will be accepted starting October 28 at 12:00 noon.

THE RAMPAGE's RIKU, Kawamura Kazuma & Yoshino Hokuto appear on 'THE FIRST TAKE' for the first time
15 hours ago   0   156