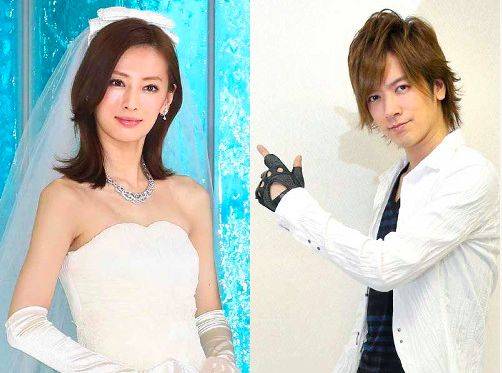 Actress Kitagawa Keiko (29) and singer DAIGO (37) will be getting married in January.

According to sources, DAIGO proposed on the day after Kitagawa's birthday, August 23, immediately upon completion of the 100 km charity marathon for NTV's '24 Hour Television'. The actress was deeply moved and accepted the proposal.

The two met back in 2011 after DAIGO made a guest appearance on the first episode of Kitagawa's drama 'LADY ~Saigo no Hanzai Profile~'. While they kept in touch as friends, it wasn't until spring of 2014 when they started dating. Their relationship was first reported later that fall.

According to someone close to the couple, they are planning on submitting their marriage registration in mid-January. They had marriage in mind when they initially started dating. Kitagawa is not pregnant at this time.

On the day of the marathon, there were some reports stating that Kitagawa would be waiting for him at the finish line, but she was waiting elsewhere. After running 100 km, he headed straight to celebrate her 29th birthday.

Kitagawa's agency released a statement on the marriage reports saying, "Nothing has been decided yet."

Source & Image: Sports Hochi
Thanks to Karen Pang for the tip!