Kyary Pamyu Pamyu is Betty Boop for Halloween this year 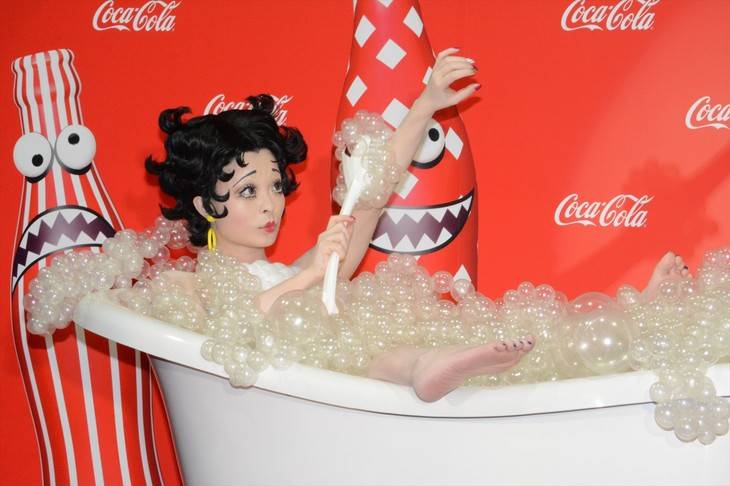 Last Halloween, Kyary dressed up as Tim Burton's Corpse Bride. This year, she challenged herself to dressing up as Betty Boop. Reporters were taken by surprise when Kyary showed up at the event in a bathtub. Her next costume was an after-bath image of Betty, with pastel-colored bubbles wrapping her body. Afterwards, she changed into a waitress uniform.

On choosing Betty Boop as this year's costume, Kyary explained, "I set the hurdle very high last year, so I thought very hard about what I should be this year. I searched to see if there were any Japanese girls dressed up as Betty-chan and I didn't find any, so I thought it was a good idea. Also, Halloween is an event that many people living overseas celebrate, so I chose the American character Betty-chan, who is known by people all over the world."

She continued, "Since she is an animated character, it was very difficult to reproduce her big eyes and full-volume hair.  I worked very hard with my usual stylist and makeup artist."