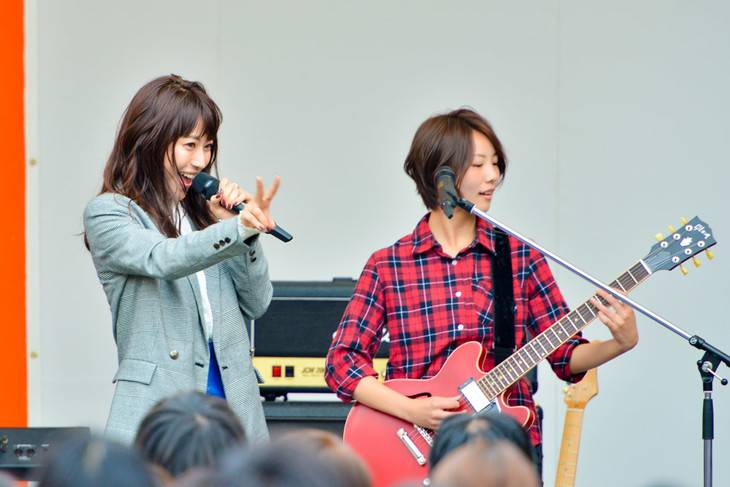 This was LAGOON's very first time performing at a school festival. Before the live, a student MC announced that MIORI's (Vo) birthday is on October 16. The crowd wished her a "happy birthday," and the live started with a warm atmosphere.

The first song that LAGOON performed was "Futari ga Hoshikatta Mono", which is a song that will be included in the band's new single scheduled for release on November 18, followed by "KNOCKED-OUT BOY". During an MC segment, MIORI called out, "This is the first time we've been invited to a school festival, so I'm happy! I hope you all enjoy it!" After performing "Shout it out!!", she delivered a message to the students, "I'm deeply moved that we're able to sing this song at a college. Please enjoy your student life!"

Also on this day, LAGOON's official website was updated with new member AMI's (G) profile. AMI is a 17-year-old high school student from Aichi who joined the band on October 3.