MAN WITH A MISSION to hold a nationwide tour next spring 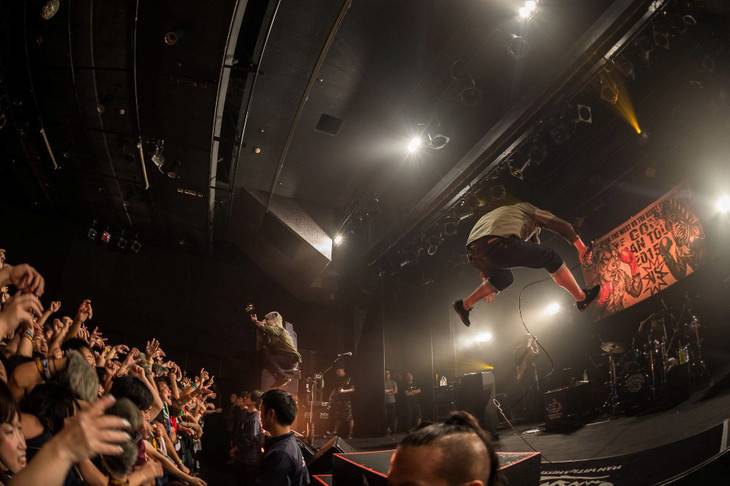 MAN WITH A MISSION have announced a large-scale tour for 2016 spring.

The band announced this to their fans on October 13 during the first stop of their tour with Zebrahead, "Out of Control JAPAN Tour 2015", at DIAMOND HALL in Aichi. Out of 20 shows planned for the tour, they revealed that one of them would be held in Nagoya on March 22. Details on the remaining 19 shows will be revealed at a later date.

MAN WITH A MISSION released their single "Raise your flag" on October 14. The PV for its coupling track "Far" can now be seen on YouTube.