MISIA wraps up her long tour with a new album announcement 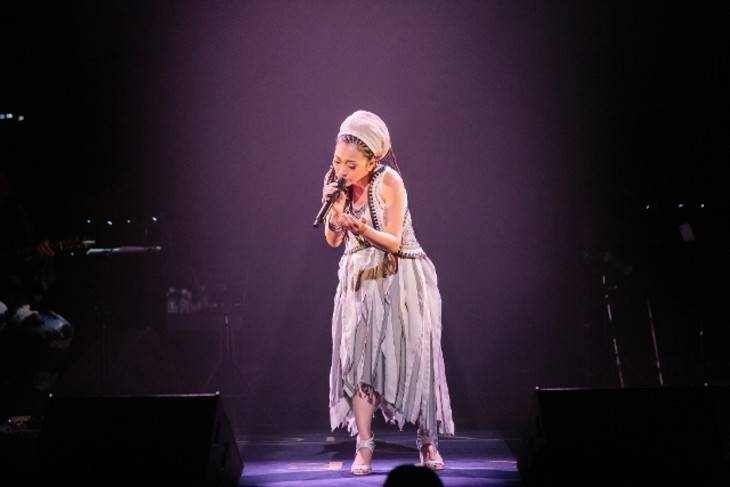 On October 20, MISIA wrapped up her nationwide tour "MISIA Hoshizora no Live VIII MOON JOURNEY" at Festival Hall in Osaka.

This tour started back in April at Aichi-ken Geijutsu Gekijou. It turned out to be a long tour spanning about six months and hosting 37 shows. At the tour finale, MISIA performed a variety of her songs, such as "Hana", "Orphans no Namida", "Hi no Ataru Basho", "Everything", and "Aitakute Ima". During the encore, she made a surprise announcement, "I will be releasing a new album next year!!"

"Orphans no Namida" will be released as MISIA's new single on November 25. "Hana" will be included as the coupling track.

More details on MISIA's upcoming album will be revealed later.