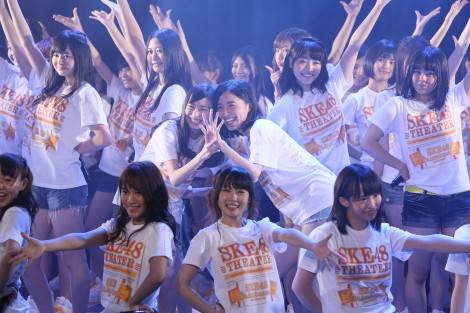 Popular idol group SKE48 held a special performance to commemorate their 7th anniversary since their theater debut at the SKE48 Theater on October 5, and during the special event, they made some surprise announcements.

One of the biggest announcements was that they have formed 5 new sub-units. The 5 new units are....

Another surprise was that Love Crescendo would be making their CD debut, and other 4 units would sing its coupling tracks. Their debut single is currently untitled, but it is set for release on November 25.

The other announcements made on the same day were that SKE48's 2nd album to be released next year, the group will be holding "SKE48 Request Hour 2015" on November 28th and 29th as well as a mini-handshake nation-wide tour.