Takahashi Minami to be the center of AKB48's 42nd single 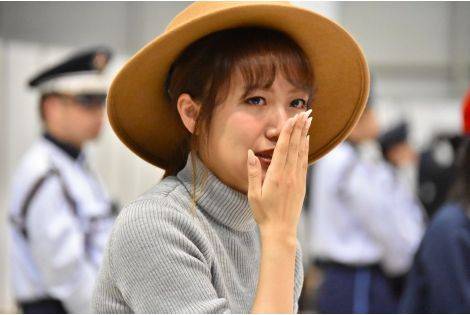 On October 25, AKB48 held a handshake event at Pacifico Yokohama, where they announced that Takahashi Minami would be the center for their 42nd single (currently untitled).

The upcoming single will be released on December 9, which is the day after the group's 10th anniversary. It will also be Takahashi's last single before her graduation. The last time she served as center independently for the group's single was about 10 years ago in their indies song "Sakura no Hanabiratachi" (released February 2006). This is her first time as center after the group's major debut in October of 2006.

When it was announced that she would be the center, fans at the venue shouted "Congratulations!" Takahashi, who was moved to tears, stated, "I will be the center for my last single. It's my first solo center since our indies song 'Sakura no Hanabiratachi'." She continued, "I am very happy to be singing an idol song at the very end. It's not a message song from me, so I want many members to continue singing it after I graduate. It would also make me happy if it becomes a song that fans love!"

As the coupling track, the single will include Yamamoto Sayaka's center song "365 Nichi no Kamihikouki", which was picked up as the theme song for NHK morning drama 'Asa ga Kita'.