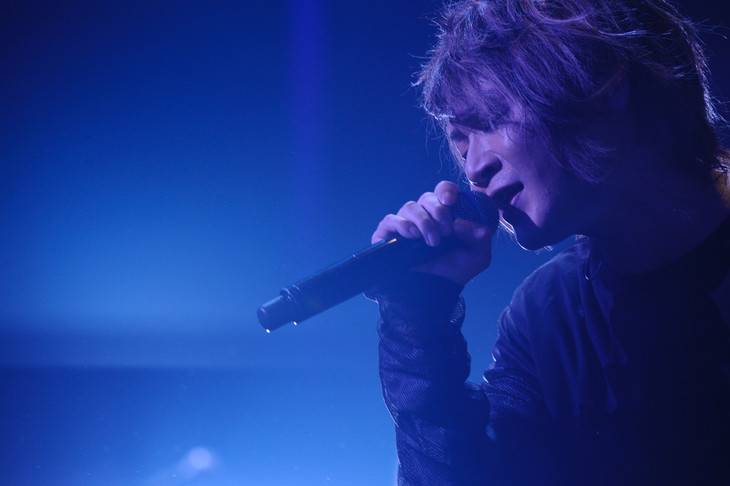 On November 8th, rock band Aqua Timez kicked off their first 47-prefecture tour at Akasaka BLITZ. During this live, they announced that they would hold a countdown live on New Year's Eve at Ebisu The Garden Hall for their fan club members.

In the all-standing venue, Aqua Timez performed their new song "Senkou". This song was first performed by vocalist Futoshi on Fuji TV's "Mezamashi TV" back in September as a part a surprise wedding project. At that time, it was tentatively titled "Yawaragi". Since then, the band polished this song into a medium-tempo ballad that wraps you gently.

"Senkou" was digitally released on November 9th. In addition, it was revealed that their nationwide tour "sing along SINGLES tour2015?Single 18 Kyoku Ippon Shoubu Plus ??" would be released on DVD and Blu-ray on December 23rd. It will feature their concert on August 16th at Nippon Budokan where they performed songs such as "Toushindai no Love Song", "Ketsui no Asa ni", "Sen no Yoru wo Koete", and "Niji".